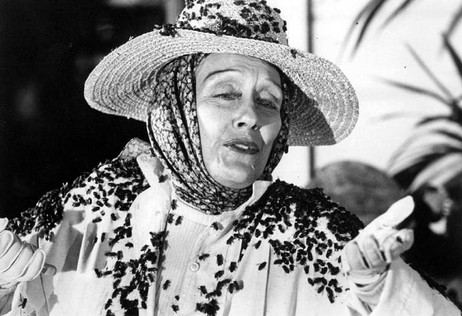 Plot: The matriarch of a wine plantation holds a strange affinity with a colony of killer bees.

The only full length television movie that Swanson did was this horror story that garnered a small degree of success and one that is still shown occasionally. Swanson had no qualms about filming some of her scenes covered with bees - after all, she had let a lion paw her in 1919 in Male and Female!