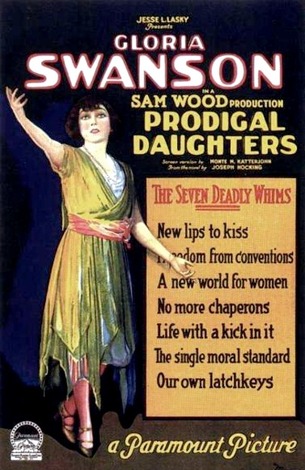 Plot: A jazz baby runs away from home and her strict parents to live the fast life in Greenwich Village. She finally realizes that there is no place like home and returns to her parents on Christmas Eve.

Finally, after so many mushy romances, Prodigal Daughters offered a change of pace. It was a briskly directed film that offered keen insight into the gap that was developing in the country between children and their parents. The critics gave it generally good reviews. Some of the location scenes for the film were shot at Gloria's new mansion that she had just bought in Beverly Hills. 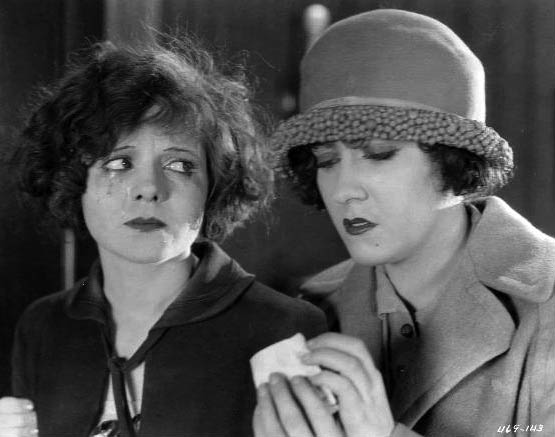 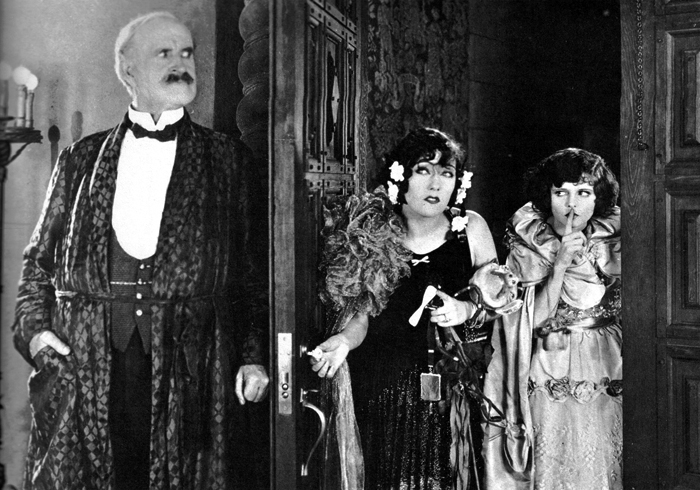 with Theodore Roberts and Vera Reynolds