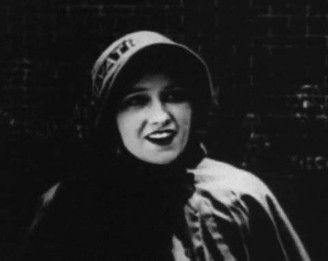 Plot: A young woman is caught in a web of blackmail, spying and deceit.

Spy films with an anti-German slant were popular at the time and Gloria would star in three of them during her Triangle period. This one got mixed reviews. Gloria became good friends with her director, Albert Parker, and she would rely on him again in the future when she produced her first film The Love Of Sunya.