Something to Think About 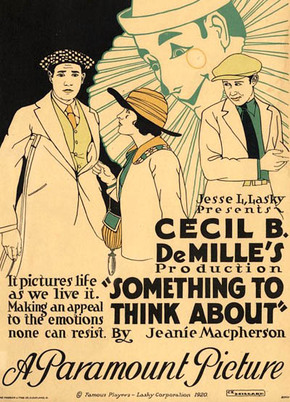 Plot: A woman dismisses the love of a crippled man for that of a handsomer man. When he is killed in an accident, she returns with their son to find hostility from her father. The crippled man takes her in for the sake of the son and eventually the two fall in love with each other.

Another film that was below par from the other De Mille /Swanson efforts, this one was heavy on melodrama but weak on scripting. Swanson was reunited with actor Elliot Dexter who had been ill for the past year.

Next film - The Great Moment