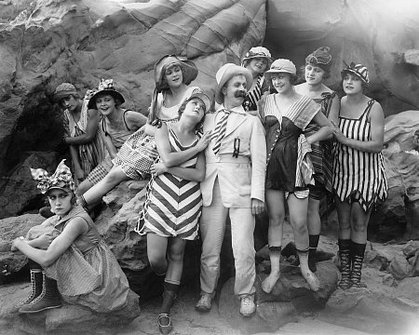 This was Gloria's last film with Mack Sennett and she was glad of it. She detested making the slapstick comedies and thought that they were vulgar and cheap. Sennett, in financial difficulties, had sold the Keystone name and many of his actors (including Bobby Vernon) to Triangle. He was getting back on his feet again and told Gloria that he had big plans for her which included making her into another Mabel Normand. Gloria brushed off his suggestions and said that she did not want to be another "second" anybody. Sennett tore up her contract (which is what Gloria hoped he would do) and Gloria went to Triangle. She had decided that if she were going to be an actress, she wanted to be a stylish actress and that image did not include the silly girls that graced the Sennett films.

Next film - You Can't Believe Everything