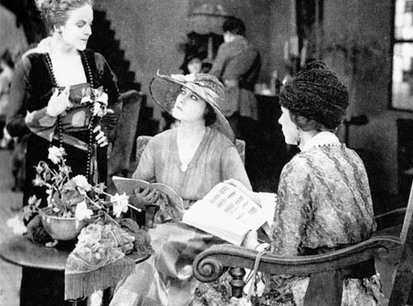 Plot: A senator's wife is accused of being a spy for the Germans.

Another spy drama that was worse than the first one (Shifting Sands), but Gloria and director Albert Parker had fun making it. It was highly dissed by the critics.

Next film - Wife or Country