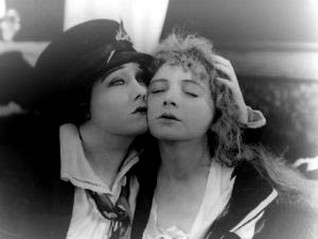 Plot: A secretary uses her boss to get money for her unfortunate sister but eventually falls in love with him

This was another weak story that was not helped by Conways direction, but Gloria did get good notices from the critics. Conway left Triangle after this film due to internal conflicts with Triangle producers and Gloria was very disheartened to see him go.