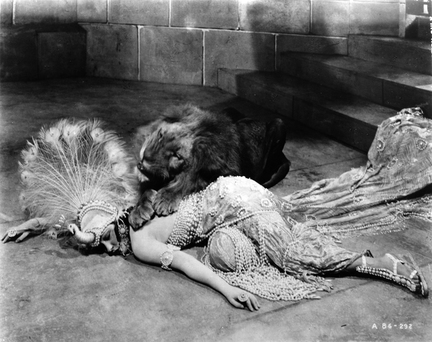 Plot: An English aristocratic family are shipwrecked on a deserted island. The butler, because of his sheer common sense, becomes master and Gloria's character falls in love with him. When the family is rescued and they return home, their roles revert back to their original role.

This film was based on an immensely popular play titled The Admirable Crichton by James A Barrie (the title was changed because the producers thought that the public would think the film was about the navy). It turned out to be Gloria's best film to date. It was an incisive portrait of class structure and society. The inevitable flashback scene called for Gloria to be fed to a den of lions because she will not abandon her religion. When the famous scene was ready to be filmed (it was filmed last) Gloria, wearing a fabulous dress made of pearls and feathers, bravely walked onto the set and into the lions den and lay on the floor. The lion walked over to her and placed his paw on her back. Everyone on the set was holding their breath and Gloria herself claimed that she was terrified. After the completion of the scene, De Mille gave Gloria a mesh purse adorned with a sapphire as a token of his appreciation.

Next film - Why Change Your Wife 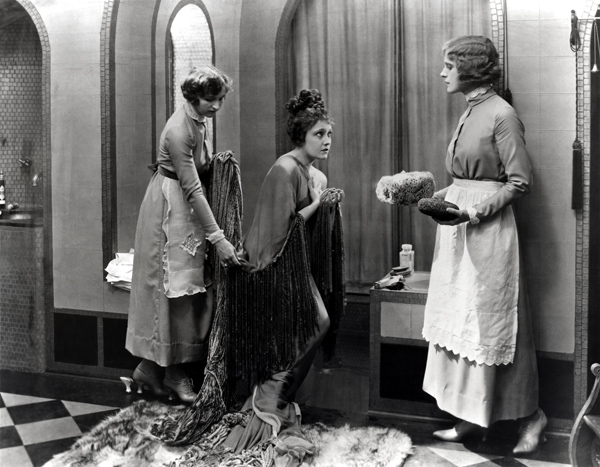 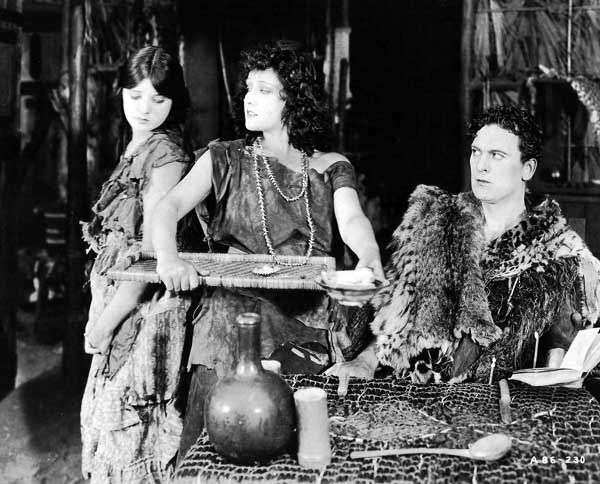 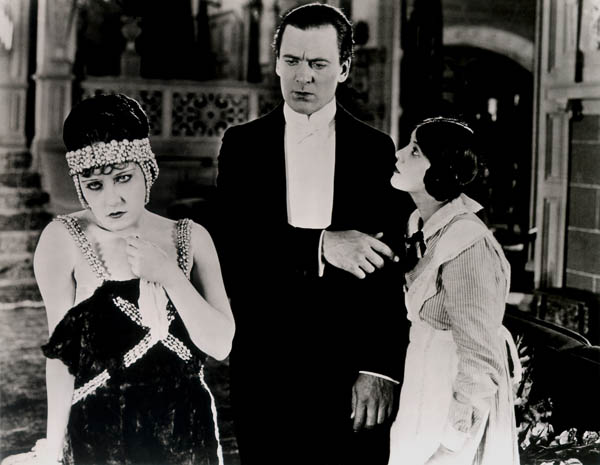