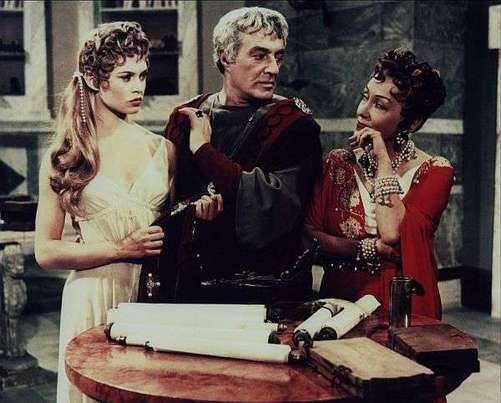 
Plot: A satire on the life of Emperor Nero.

Swanson agreed to do this film while working as a reporter for United Press International in Italy. The film was very poor and was not released in the United States until six years later and then it was only given passing attention. It was just as well considering that Swanson was wasted as was all the other actors in the film. Swanson played Nero's mother Agrippina.