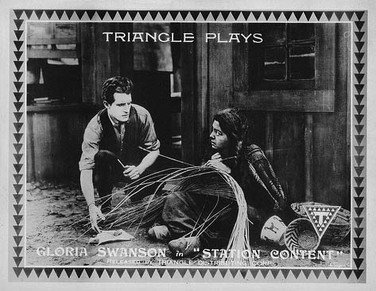 Plot: An unhappy wife leaves her railroad station manager husband and finds work on the stage. Later, she becomes bored and decides that her quiet life at the "Station Content" was where she was truly happy.

One of the worst Swanson films made at Triangle, this one was lacking in all aspects and did not make good sense. Gloria was relieved that she was not playing another spy but she would be in her next film!

Next film - The Secret Code