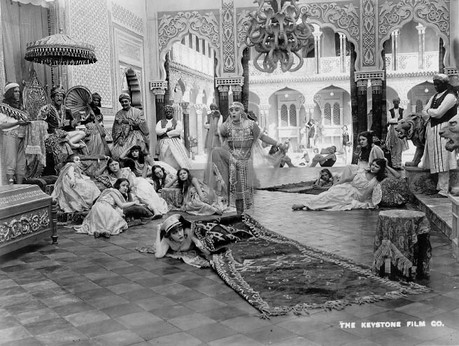 Swanson had not started working with Cecil B. De Mille yet although this certainly resembles one of his epics. A costume comedy with a large cast (Sennett's Bathing Beauties were used as extras in the harem scenes), it also starred the reliable Teddy the Dog. Swanson did not remember much about the film in her memoirs but it is known that Sennett was unhappy with the final results and had the film reedited.

Next film - A Pullman Bride